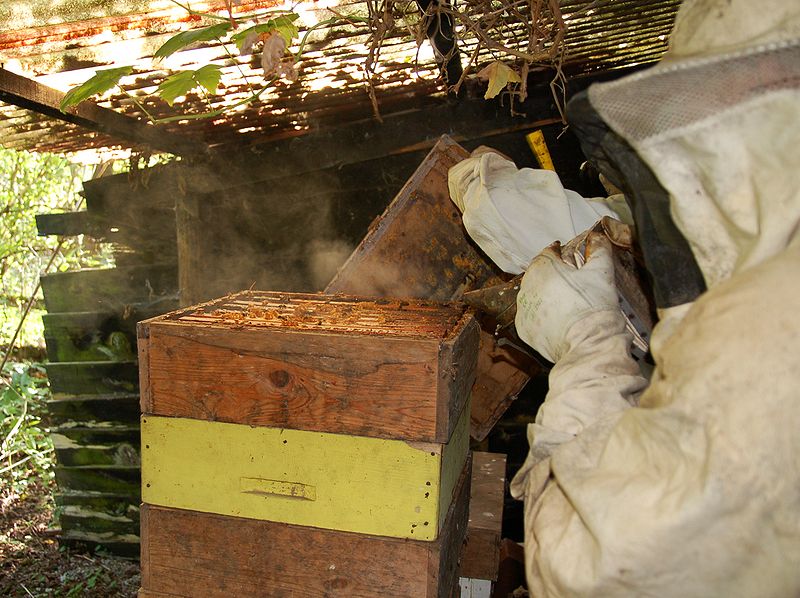 Tsipouro (ΤΣΙΠΟΥΡΟ) is a pomace brandy. Tsipouro is a strong distilled spirit containing approximately 45 percent alcohol by volume and is produced from the pomace (the residue of the wine press). According to the tradition, the first production of tsipouro was the work of some Greek Orthodox monks. This occurred during the 14th century on Mount Athos . In 2006, Greece filed a request to recognize tsipouro as a PDO (Protected designation of origin) product. An anise flavored Greek liquor that has the authentic taste of tradition because it is distilled with a selected aromatic plant of the Greek country-side: the Macedonian anise that for centuries has been sweetening and touching the hearts of Greeks.

In September, there’s the grape harvest. The grapes are carried from the vineyard in special tanks. They are put inside the tanks, where they’re being brewed (production of fungus that converts sugar to alcohol). So, the time comes for the production of traditional tsipouro, a very special occasion for our land, and a procedure that constitutes a ritual for us. The month of October has always been very important to us, since they mark the continuation of a tradition, which survives to date. This is the time of the “cauldrons”, where the amvikes and the distillers, work day and night around the fire, following the very same procedure of many years. In the beginning there was the stemfyla.

The Stemfyla or Tsipoura are the solid deposit of the grapes after removing the must, which will be used for the production of wine. The stemfyla or tsipoura are being put in buckets inside the amvika (cauldron), which is a boiler. Part of the brewing liquid is added to the stemfyla. Then, the cauldron is impenetrably shut with a bronze lid. Under the cauldron there’s a furnace, slowly burning, where the boiling starts. As soon as the stuff begins to boil, distillation starts. The steam go through a pipe to the top of the lid, and move to the bow, which is another pipe, that ends to a special socket at a larger pipe, which is inside a big tank of cold water, so that the steam can cool and be liquefied. We are now at the end of the first distillation. The degrees of the first distillation start from 27 and must reach 17, 15 or 14, by the end of the boiling. When they reach the relevant degrees, the first boiling, which lasts approximately one hour, ends. But the production of tsipouro has not finished. This first distillation is called “souma”, because it smells a lot and is extremely spicy. So it is being distilled for a second time, after we put souma in the cauldron with the anise (special spice), from where all stamfyla has been removed. This is called post-boiling, and is famous in our area, because this is when the good tsipouro is made. This second boiling refines the tsipouro and makes it tastier.

It is part of the hard work, but also great pleasure, since the whole procedure is connected to eating and drinking and having fun. So the hours over the cauldrons pass quickly, joyfully, with friends. Aniseed has been used to flavour some brands, creating a better quality drink, and more expensive. Slightly reminiscent of Ouzo, although a different drink entirely. Tsipouro is also known as Raki in parts of Greece. In Crete, a similar drink is made, but much stronger. This is called Tsikoudia. You will drink this strong liquor in shot glasses, very cold with ice cube or water, often with feta cheese, olives or other appetizers and that is all you need. It will leave a trail of fire down your throat as you consume it.

The great philosopher Aristotle loved the honey of Chalkidiki. Aristotle praised honey and its benefits to humans 2,300 years ago, arguing that honey prolongs life. Chalkidiki is the bee-keeping capital of Greece with over 6,500 bee-keepers producing 1,900 tons of honey each year.

Honey (ΜΕΛΙ) is a sweet food made by bees using nectar from flowers. Honey bees transform nectar into honey by a process of regurgitation, and store it as a primary food source in wax honeycombs inside the beehive.

Honey gets its sweetness from the monosaccharide fructose and glucose, and has approximately the same relative sweetness as that of granulated sugar. It has attractive chemical properties for baking, and a distinctive flavor that leads some people to prefer it over sugar and other sweeteners. Most microorganisms do not grow in honey because of its low water activity. Honey has a long history of human consumption, and is used in various foods and beverages as a sweetener and flavoring. Flavors of honey vary based on the nectar source. It is also used in various medicinal traditions to treat ailments.

Honey is produced by bees as a food source. By contriving for bee swarms to nest in artificial hives, people have been able to semi domesticate the insects, and harvest excess honey. In the hive, there are three types of bee in a hive: a single female queen bee, a seasonally variable number of male drone bees to fertilize new queens, and some 20,000 to 40,000 female worker bees. The worker bees collect the nectar that will become honey in the hive. Leaving the hive, they collect sugar-rich flower nectar and return.

You can find out more about which cookies we are using or switch them off in settings.

This website uses cookies so that we can provide you with the best user experience possible. Cookie information is stored in your browser and performs functions such as recognising you when you return to our website and helping our team to understand which sections of the website you find most interesting and useful.

Strictly Necessary Cookie should be enabled at all times so that we can save your preferences for cookie settings.

If you disable this cookie, we will not be able to save your preferences. This means that every time you visit this website you will need to enable or disable cookies again.

This website uses Google Analytics to collect anonymous information such as the number of visitors to the site, and the most popular pages.

Please enable Strictly Necessary Cookies first so that we can save your preferences!