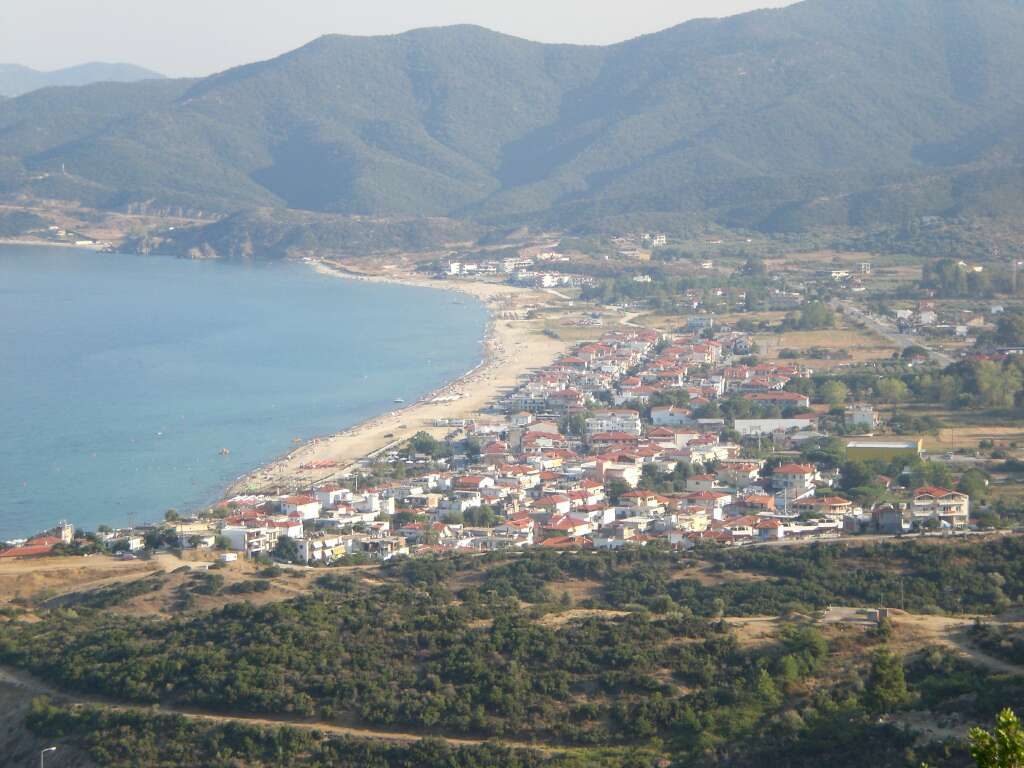 History of Sarti In the 8th century B.C. the residents of Chalcis decided to build their cities in the second leg of Chalkidiki, in Sithonia. This exquisite place was created by the Gods and Giants during the period of gigantomachy. It is the land that intrigues and passions marked the history and its mythology: from Sithon, who killed the suitors of his daughter Pallini, refusing to give her to marriage, up to Gerastos, son of Mygdona, who jailed his girls in the Parthenon. In the eastern side of Sithonia they will build Sarti that took its name from the king Sartios. In the end of the 5th century B.C. Sarti will be one of the 32 more important towns of Chalkidiki that will set up, under the leadership of Olynthus, the “Common of Chalkideon”, which will be dissolved by Spartans in 379 B.C. Soon, however, they will join the second Athenian Alliance. Later, the Macedonian king Philippos will destroy all the towns of the “Common of Chalkideon” (348 B.C.).

The ancient writer Herodotus also mentions that the Persian emperor Xerxes, the son of Darius, passed from Sarti during his Persian expedition against all the Greek cities of 5th century B.C.

In the 14th century A.D. a village is again mentioned in the area under the name of “The Sartis”, that was property of the Holy Monastery of Xiropotamou, in Mount Athos. This village will be devastated by the raids of pirates in the 17th century.

During the great population exchanges between Turkey and Greece (1922), the Greek inhabitants of the small island of Afisia (Avsa) in the Sea of Marmara (Turkey) were forced to leave their homes and were resettled here in Sarti. The Greek refugees, who were turned away from the Sea of Marmara in Asia Minor, decided to found the New Afisia, one of the 27 new villages of Chalkidiki, a new homeland.

After their expulsion from the island of Afisia, the refugees were transported in Lavrion of Attica where they stayed for a while. When they reached Sarti, they were accommodated in the buildings of the monastery dependency of Xiropotamou of Mount Athos for almost two years.

There, they faced hunger and malaria until their houses were built that would accommodate themselves and their dreams for a new beginning.

In a few decades they changed the hostile but at the same time enchanting nature, in a graphic fishing village and later in a leading choice tourist destination. The 21st century will find the region touristically mature and as always sublime, to receive persons from all over the world every summer and to offer them generously what everyone expects, the authentic Greek hospitality.

You can find out more about which cookies we are using or switch them off in settings.

This website uses cookies so that we can provide you with the best user experience possible. Cookie information is stored in your browser and performs functions such as recognising you when you return to our website and helping our team to understand which sections of the website you find most interesting and useful.

Strictly Necessary Cookie should be enabled at all times so that we can save your preferences for cookie settings.

If you disable this cookie, we will not be able to save your preferences. This means that every time you visit this website you will need to enable or disable cookies again.

This website uses Google Analytics to collect anonymous information such as the number of visitors to the site, and the most popular pages.

Please enable Strictly Necessary Cookies first so that we can save your preferences!